Kaunch or Kapikachhu (Mucuna pruriens) is a plant found in Indian sub-continent and Africa. In general it a wild plant but in many places people also do cultivation of this plant. Whole Kaunch plant has medicinal properties and used widely in Ayurvedic and Unani medicine to treat nerve and sexual disorder’s as well as as supplement. 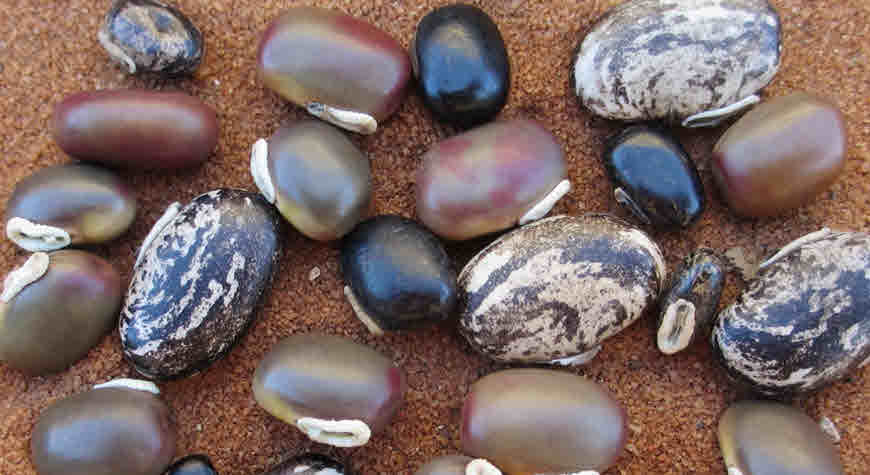 Mucuna pruriens is mostly found in India as well as other parts like Africa, Caribbean, etc. It can be found in low rise forests and it is grown by many farmers in India also. This plan is legume(Fabaceae Family) plant and resembles to broad beans plan as both are from same family. It’s leaves, flowers and beans looks similar except Kaunch beans and leaves outer layer has fuzzy hairs and these hairs are very itching.

In India and world this plant’s identity is ”extreme itchiness property” as used as itching powder. This itchiness is due to mountain and serotonin in hair on seed pods and leaves.

In Ayurveda and Unani medicine system seed of mucuna(Kaunch Beej) is used for treating sexual and other nerve disorder due to it’s great medicinal properties. In many part’s people eat beans and use whole plant as fodder.

Now Mucuna pruriens is in use all over world for the treatment of men and omen fertility and other nerve disorders and it is in very high demand.

Kaunch seeds contain high concentrations of levodopa, a direct precursor of the neurotransmitter dopamine. In Ayurveda this has been used to treat Parkinson’s disease.

Kaunch lowers the blood sugar level. Those with diabetes should only use kaunch under the supervision of a qualified doctor.

Kaunch seeds contains Aphrodisiac which is very good to increase libido in humans.

It’s seeds contains levodopa, which combines with dopamine and restrict release of hormone Prolactin in the body as cures erectile dysfunction.

The Dosage of kaunch

Use this herb by consulting some expert as dosage depends upon several factors like age, health condition, gender of Individual.

Warning: For any nerve disorder, diabetes take kaunch by consulting some ayurvedic doctor.

Never use kaunch in during pregnancy.

Use kaunch products only after consulting a doctor, still you can use OTC herbal products containing small quantity of kaunch.