The root of the Brynoia plant has a bitter taste and an unpleasant smell. In excessive amounts, it can cause death within hours, usually from inflammation of the digestive tract.
Anupama December 25, 2020 December 25, 2020

Common names are bryony, white bryony, and wild hops. It grows mainly in hedges and woodlands of Southern England, and in central and southern Europe. The whole root of the Brynoia plant is taken for the preparation of this remedy. The root of this plant has a bitter taste and an unpleasant smell. In excessive amounts, it can cause death within hours, usually from inflammation of the digestive tract. 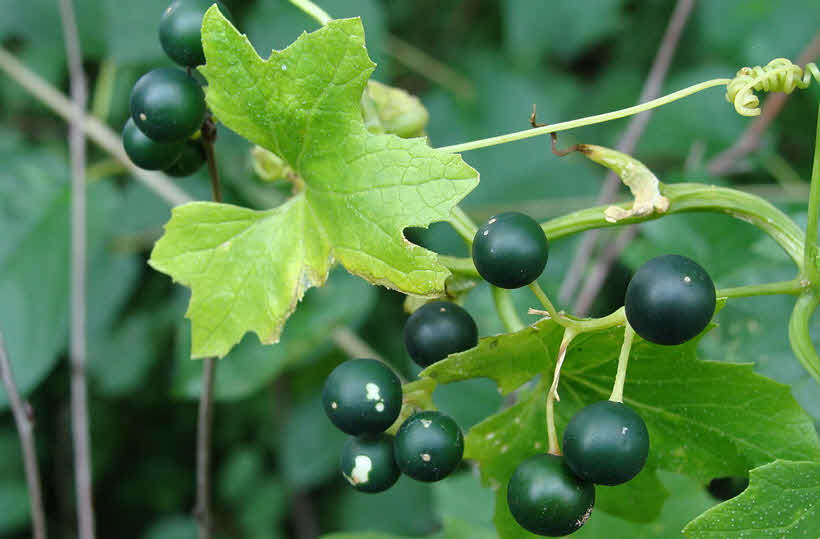 The fresh root is unearthed before the plant flowers, chopped, pulped, and macerated in alcohol for ten days, diluted and succussed.

General Symptoms where this remedy is given:

The pain of this remedy is stitching, tearing; worse by motion, better by rest. This pain is found mainly in the chest. The Bryonia patient is irritable, has vertigo from raising the head. It affects especially the right side of the body.

The physical appearance of the patient

Robust, firm fiber, and dark complexion, with a tendency to leanness and irritability. Children dislike being carried or raised.

1. The patient is excessively irritable. This patient is hard to please. A special type of delirium is seen inpatient in which although he is at home then also he wants to go home, and he always talks of business in delirium.

2. It has a special type of headache, which has the bursting type of sensation, splitting headache (sensation as if head would split as if hit by a hammer from within. This type of headache is worse by motion, stooping, opening eyes. Headache is mostly seen on the backside of the head.

3. In females a typical symptom is seen along with menses that frequent bleeding is seen when menses should appear. It can also be given in coryza (Cold) when shooting and pain are seen in the forehead.

4. It has vertigo which is related to the disease of the ears. Also, there is buzzing in the ears.

5. It is a very good remedy for glaucoma (Glaucoma is a disease that is often associated with elevated intraocular pressure, in which damage to the eye (optic) nerve can lead to loss of vision and even blindness)with typical symptoms such as when eyes are sore to touch and there is difficulty in moving them.

6. Dryness is frequently seen in this remedy, when lips are parched, dry cracked. Dryness of mouth, tongue, and throat, with excessive thirst. Bitter taste in the mouth.

7. There is dryness of the throat. Feels as if something is sticking in the throat. It is given in cough when there is tough mucus in the larynx and trachea, loosened only after much hawking.

8. Abnormal hunger is seen in these types of patients. Vomiting of water is seen immediately after eating.

The heaviness of stomach after eating, as of stone. Difficult digestion in summer.

9. It is also given in constipation where stools are hard, dry, looks burned, bloody. Worse in the morning, from moving, in hot weather, after being heated, from cold drinks. There are burning pains after passing a stool.

10. It is a very good remedy for females, where menses too early, too profuse, and menses are worse from motion, with tearing pains in legs.

Milk fever (a fever in women caused by infection after childbirth due to the swelling of breasts with milk). Also, there is a pain in the breasts during the menstrual period.

It is given in all types of menstrual irregularities. It is an excellent remedy for Intermenstrual pains (the period between the end of previous menses and the start of later menses). Breasts are pale, hard, and sharp particularly in women who are pregnant or breast-feeding.

11. It is a good remedy for dry coughs with symptoms of Great dryness in the mouth, throat, chest, and mucous membranes. Coughs may be linked to colds. Cough is worse after eating or drinking. Cough is generally seen with vomiting. Expectoration is rust-colored. Symptoms better by rest; by lying still; by pressure on the chest.

Symptoms worse warm room, in the morning from deep breathing; by movement, by eating and drinking. The cough is dry and seen mostly at night. It is so severe that the patient must sit up. There is a frequent desire to take a long breath and there is difficult respiration. Cough, with feeling as if chest would fly to pieces. Coming into the warm room excites cough. It is a very good remedy for angina for general tincture is used.

12. It is a very good remedy for colds and influenza with symptoms such as a red, sore, swollen nose, hoarse, constricted throat, and a dry cough. The lips are often cracked and itchy and the mouth is dry, with a white-coated tongue. Sharp, shooting ear pains may develop, as may sore eyes with sensitivity to movement and heavy eyelids. There may be an intense, aching headache. Also, there is intense thirst and copious perspiration. Symptoms are better by rest.

Symptoms are worse by bending forward by movement.

14. In respiratory complaints hoarseness is generally seen which is worse in the open air.

15. Backache and the joint complaint is seen from the sudden change of weather. Joints are swollen and hot and pain increase on least movement. Every spot is painful under pressure.